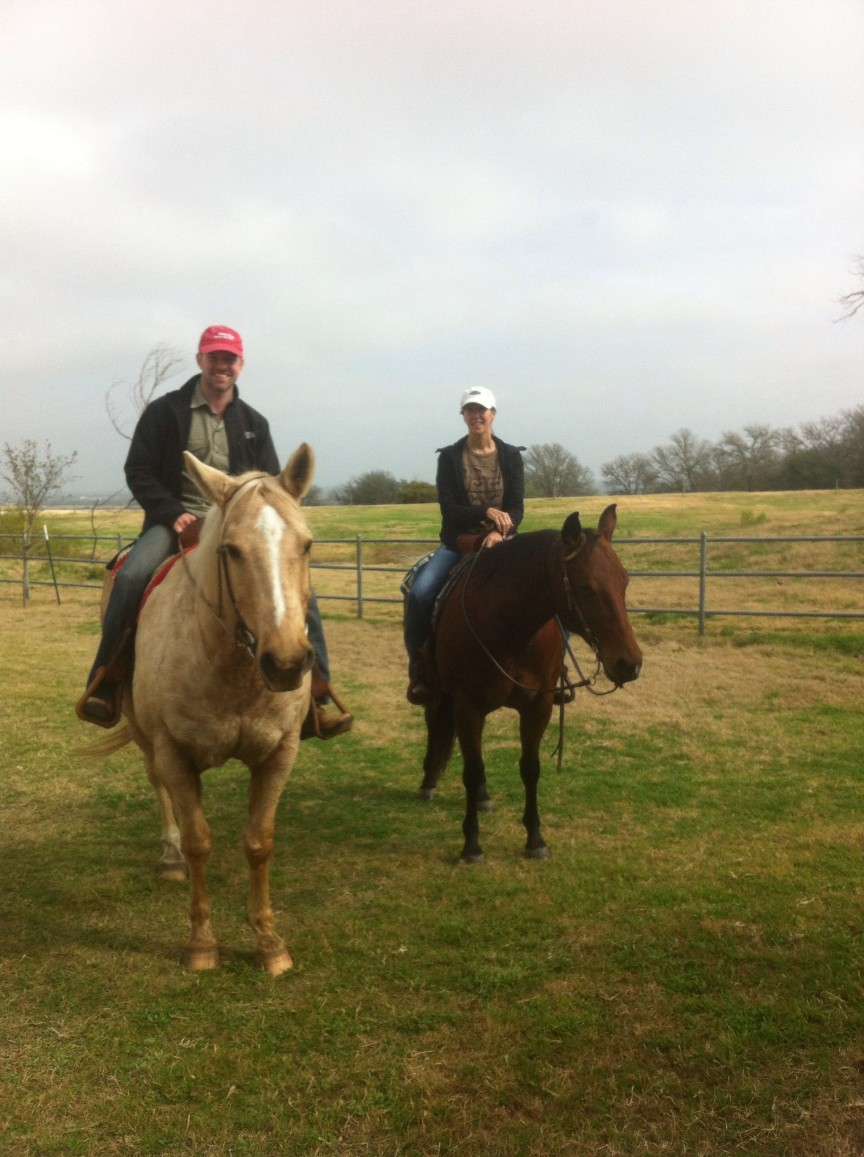 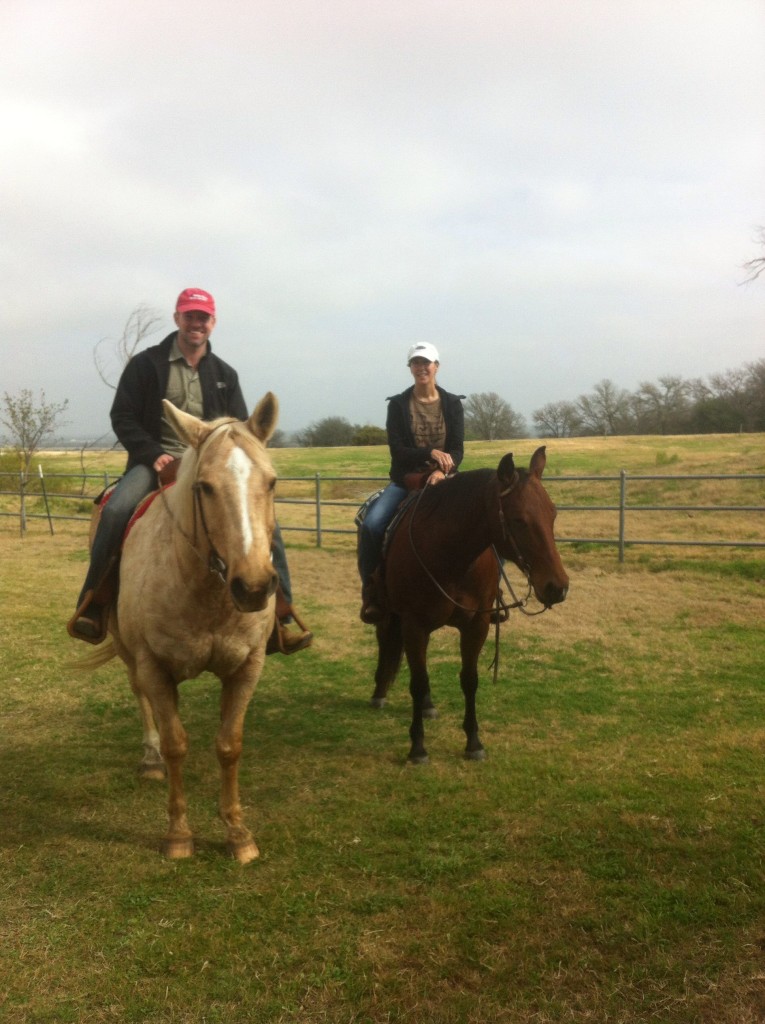 Anne Brockenbrough is a rancher, equestrian, and professional writer, and recently partnered with Hill Country Conservancy on a conservation easement to protect her land and its water and wildlife for future generations. HCC Director of Land Conservation Frank Davis sat down with Anne on her ranch in Manor, TX, and asked her about her love for ranching, horses, and her “little house on a lot of land.” Following are some excerpts from that conversation.

FD: When did you first dream of owning land?
AB: I grew up on a farm in Virginia. We raised Hereford and Black Angus. My grandfather was the first cattleman to bring Charolais to Goochland County. My first memories are of cows—bottle feeding the orphaned calves outside the old dairy barn. When I was a kid, I was painfully shy. I spent all my time outside with the animals. Besides the usual cats and dogs, horses and cattle, I had a rabbit, a goat, a lamb, and a pet deer that followed me everywhere I went. It was like the land of the misfit toys, the only place I fit in. The land and the animals were my refuge. I always knew I would end up living on the land. I used to say “I want a little house on a lot of land.”

What do you think inspired that dream?
The family farm sits up on a hill that overlooks the James River. It’s one of the prettiest places I have ever seen—the rolling pastures, the hayfields down in the low grounds, deep pine woods on all sides. I could saddle my little paint pony and ride all day without covering the same ground twice. My sister and I would pack a lunch and tie up when we got tired. Even then, we knew how lucky we were. The family had come close to losing the farm when my grandfather died, right before I was born. So we never took the place for granted. Talk around the dinner table at night often focused on how to hang onto the farm. It still does. I learned from the time I could talk that the land is worth fighting for. Last year my parents donated a conservation easement on the old family farm and we all breathed a sigh of relief.

When did you first dream of owning a ranch?
When I was six years old, my parents took us to a ranch in Wyoming. From that point on, I was obsessed with the West. I never did get it out of my system. So my fourth year in college, when all my friends were interviewing for jobs on Wall Street, I was sending out resumes to ranches in Wyoming. They were not hiring many women then, so when I got a job as a wrangler on a 200 square mile ranch in South Eastern Wyoming, I was ecstatic. The dirt road into the ranch was eight miles long and it was surrounded by National Forest and BLM land on all sides. I was in heaven. I love being in the “middle of nowhere.”

When did you start training horses?
I started riding when I was five years old. When I was twelve, my trainer, Joe Fargis, bought a wild pony out of a field for me to break. When I said I didn’t know how, he said “figure it out.” He always pushed me to do things that were advanced for my age. If we ever said the word “can’t” he would grit his teeth and say “Don’t ever say can’t, you can do anything you want to do.” I called him a couple weeks ago and said “do you realize you created a monster?” As you know, I do not take no for an answer very easily. When I was working on cattle stations in Australia, the ringers tried to tell me I couldn’t break brumbies because I couldn’t “hold ‘em.” I was determined to do it without ropes and chains, so we had a little competition to see who could start the most horses. Eddie, the old aboriginal and Lee, a young Jackaroo teamed up on one horse–roped it, blindfolded it, and hobbled all four legs together with these chains called spiders. I was in the round pen with nothing but a halter and a saddle and they kept looking over saying “just let us know when you need help with the spiders.” George, the boss said he overheard them at lunch that day asking “how did she get that saddle on that horse?” A few days later we were riding the horses we started out to the mustering camp. When we got back a few weeks later, Lee tried to buy one of the mares I had started. No one ever gives you a compliment in Australia, but that was pretty close.

How did you end up in Australia?
After college I was a migrant cowgirl for a few years, going from Wyoming to Australia several times. The first cattle station I worked on was 450 square miles, a small family run place up on the Cape York Peninsula, known in Australia as “the last frontier.” It was nine hours on a dirt road from town and there was a sign you passed that said “Entrance to Hell—Get back if you can.” In the wet season, the road could be closed for six months and the only way out would be the mail plane, which came once a week if it could land. There was no plumbing and no electricity. The house was all open and we drank rainwater from the roof. It tasted good. I remember one of the first times we were mustering cattle, we stopped at a little puddle to get a drink and Donna said “Well, at least the pigs haven’t been in it.”

Tell me more about your experience in Australia.
It was like the Wild West—there were no fences so the neighbors’ cattle were all running together and since the properties are so big (the biggest one I worked on was 4,000 square miles), the cattle only get mustered once a year–if that. It was like herding a bunch of wild deer. You had to be quiet: They would see you or smell you a mile away and start running. All of a sudden, everyone would take off at a full gallop through the thick scrub. It was rough. We were dealing with Brahman crosses who can turn rank if they’re not handled much. One day, Eddie, the old aboriginal ringer, came walking back to the mustering camp with his saddle but no horse. His horse had been gored by a big bull. The last time I went to Australia was to help this family whose brother had been killed mustering. He had gone after a “cleanskin” bull, but no one really knew what happened. You had to be careful, especially working the cattle through the yards. After one big muster with two helicopters, we had three thousand head in the yards and the dust was so thick you couldn’t see the bulls charging until they were right on top of you. It was rough, but I loved living “out in the bush,” sleeping under the stars, and bathing in the creek with the crocodiles.

How did you end up in Texas?
Before I left for Australia the last time I had applied for a couple of writing fellowships where they pay you to come and write for a few years. I had published some poetry and some articles—my first one was about Cheyenne Frontier Days Rodeo in Wyoming, which ended up in “Men’s Journal.” It was a long shot, but I got offered the Michener Fellowship at the University of Texas. I had two days to decide before we went back out in the mustering camp. I did not want to come home, but I remember my friend Iris saying “I don’t see how you can pass it up.”

So what made you want to put down roots in Texas?
Well, I was actually born in Texas—my father worked for an oil company here for a few years—so there was always a connection. When I was in the outback everyone always asked if I was from Texas—it was the only place in America they’d heard of. After the first year of my fellowship, George, my boss from Australia, called to see if I would come back and partner with him breaking brumbies and selling them. The price of horses had gone sky high, and he had a big band of beautiful brumbies running wild on his place. I would have said yes, but I had one more year of the fellowship. Instead I got a job breaking cutting horses on a ranch out in Elgin. I would write in the heat of the day and ride under the lights at night. I hadn’t necessarily planned on staying, but by the end of the fellowship, I had acquired a few horses and dogs, so here I am.

How did you choose the patch of land you own and ranch now?
It was one of those horses that caused me to find this ranch. Taz (short for the Tasmanian Devil), a stud colt, needed to be separated from the mares until he was gelded. The guy who owned the feed store said he had a stallion paddock at his place. Well, once I got here, I never wanted to leave. There is something about this place that reminds me of Australia, Wyoming, even the farm in Virginia—the way the ridge drops down to Wilbarger Creek. The Eachuses asked everyone to leave when they bought a ranch up in Burnet, but I talked them into letting me stay. Lucky for me, the place sat on the market for a while because it was “a little house on a lot of land.” I couldn’t afford it, but Jim and Maureen kept dropping the price and when her father Joe offered to back me, they agreed to owner finance. The bank knew better than to give me the loan, but Jim and Maureen and Joe saw my passion for the place and thought I could find a way to make it work. How I ended up owning this ranch is a miracle—I always say it’s only by the grace of God and a man named Joe.

So how did you make it work?
When I took over, there was one lame bull on the place. It was a wet year and the grass was knee high. I leased land out for grazing cattle and horses and started cutting hay. I have a friend who is a location scout and he started using the place for commercials and movies. The extreme drought over the last couple of years has made it tougher to make a living off the land. I have been raising more hay than cattle, but I am still taxing the land more than I would like. The conservation easement will not only help me hang on to the land and preserve it in perpetuity, but it will enable me to continue ranching and working the land in a way that protects and enhances it.

What is your vision for the future?
I look around and see all these old ranches threatened by development and think I have to act fast. When the ranch below me was slated for 400 homes, I was not in a financial position to do anything about it, but I went barreling down the hill and tried to stop it. Thanks to the Hill Country Conservancy, who answered my call, that old ranch remains a working ranch today. There are tools we can use to protect the land and its heritage. I see it as my job to help these ranchers find the right tools to hang onto their land before it’s too late.