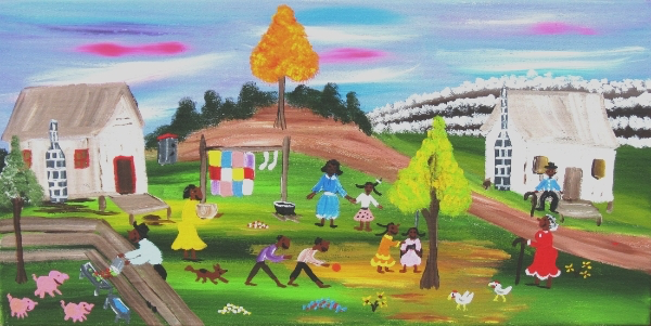 “ A Beautiful Day,” (in a rural freedmen community) c.2008 by Lisa Cain. Acrylic on canvas. Reproduced with the permission of the artist.

When the Civil War ended in 1865, formerly enslaved people suddenly found themselves freed.  As part of the Confederacy, Texas was home to thousands of slaves before the war, who worked in town as domestic servants or as farm workers on plantations.  When freedom came, many flocked into Austin, seeking help in finding lost relatives, jobs, educational opportunity for themselves and their children, legal marriages, safety, financial assistance, and a place to call home. Some settled around the edge of town, where they eventually established neighborhoods of their own on the fringe of the capital city. Freedmen also formed rural settlements out in the countryside near Austin, only a wagon ride away from town.  Most of these rural freemen communities were located south of the Colorado River, on or near plantation land.

Austin area urban and rural freedmen communities usually had, as their nucleus, a church and/or school established by and for freedmen and their children, and a distinct community name.  Research has shown that at least eight freedmen neighborhoods formed around the edge of Austin on the north, south, east, and west, between the years 1865 and 1894.  They generally included an average of 446 residents each. Austin’s urban freedmen worked mostly in city jobs as domestic servants, barbers, house painters, drivers, blacksmiths, janitors, butchers, carpenters, deliverymen, laundresses, porters, gardeners, tailors, and teachers.

In addition to the freedmen communities that formed around the edges of Austin, more were established by rural freedmen out in the country, only a short distance from town.  Some of these settlements grew on or near the plantations where freedmen had been formerly enslaved.  Others were established by freedmen from elsewhere, who came into the area and bought land.  Rural freedmen chose an agricultural life several miles from Austin, rather than life in the city, in close proximity to whites.  Whether for autonomy, or safety, or simply to pursue farming  — their preferred way of life — these freedmen lived close enough to Austin to be able to drive into town once or twice a week to sell produce, firewood, or hand-crafted items. 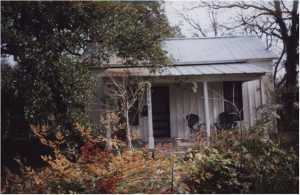 Scholars have identified the sites of at least seven rural freedmen communities, most located south of the river, that were within five to seven miles of 19th century Austin. Small, loosely formed, and often including a few white or brown people, the original locations of all of Austin’s rural freedmen enclaves are now within the city limits. Never very large, the rural communities included about 80-148 residents each.  Probably the largest of these places was Burditt’s Prairie, established about 1875, on land that had been part of the Burditt Plantation, near the slave cemetery, on the east corner of the intersection of what is now Felix Avenue and Valdez Street. Burditt’s Prairie had St. Edward’s Baptist Church (established by slaves before war’s end, in 1863) and a school, the Burditt’s Prairie School, built in 1879.

Another community, called Southside, formed on or near the former Bouldin Plantation.  Located south of the Texas School for the Deaf, along what is now South First Street, it included Good Will Baptist Church (c. 1909) and eventually also St. Annie Methodist Church (1920).  The school, South Side School, was built in about 1895. Prior to that date, classes were held temporarily in a rented building.  South Austin was not included in the Austin City Directories until 1905 and by that time, the twenty-three black families located in Southside were outnumbered by fifty-seven white families, as more and more whites bought property south of the river.

Another rural freedmen community established south of the river was inhabited by ex-slaves from the Goodrich Plantation.  Centered around the plantation’s slave cemetery, the community had a church called Barton Springs Baptist Church, which was established by freedmen on land purchased from Goodrich in 1885.  Located west of what is now Lamar Boulevard and south of Oltorf between Goodrich and Kinney Avenues, the community was never very large.  Most of the graves in the cemetery are unmarked, although it is believed that some of the people buried there were born before the 1840s.  The cemetery contains an estimated 2,000 burials, but only about ten grave markers are in evidence today.

Not associated with a former plantation, the southernmost freedmen settlement now in the Austin city limits was Kincheonville.  A small, rural community established by Thomas Kinchion (who spelled it with an “i”) in the summer of 1865, about seven miles from Austin at the time, Kincheonville was located on good farmland with two springs.  The Kincheons were successful farmers and several generations lived in the area until much of the land was sold for development in the latter half of the 20th century.  Modern boundaries for the Kincheonville site are Paisano Trail on the north, Davis Lane on the south, Brodie Lane on the west, and Longview Road on the east. Zion Baptist Church and Longview Cemetery are a part of Kincheonville and there was also a Kincheonville School, although its origins are obscure.

What was life like in these isolated freedmen farming communities outside of Austin in the 19th century? How did people live in this area that was Blackland Prairie to the east and the Texas Hill Country to the west?  It is possible that Austin’s rural freedmen may have been eating better than their urban neighbors, initially, because they could raise almost all the food they needed right there on the farm.  They grew beans, corn, black-eyed peas, cabbage, okra, and tomatoes in addition to their cash crop, which was usually cotton. The land provided pecans and wild fruits such as plums, mustang grapes, dewberries, agarita berries, persimmons, and prickly pears.  Like their urban counterparts, rural freedmen usually had a cow for milk and chickens for eggs and meat, but they also had access to fish and game.  Wild animals native to the area included deer, raccoons, opossums, squirrels, rabbits, doves, ducks, and rock pigeons. The land also provided the resources to build houses.  Limestone was plentiful and the residents of Kincheonville recorded that they used wood from oak, elm, cedar, and mesquite to build their houses.

Austin’s growth eventually swallowed up all of the freedmen communities, both the ones in town and the ones out in the country. Little is left to mark their existence beyond their cemeteries, an occasional structure, and a street name or two. When we consider the use of lands in and around Austin, it is important to remember the history of the freedmen who once lived here.  As they worked to build new lives, in town or in the country, they, and their descendants, were an important part of the fabric of life in the capital city.

These two printed reports also contain much information about the African American experience in the Austin area: 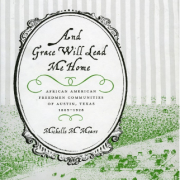