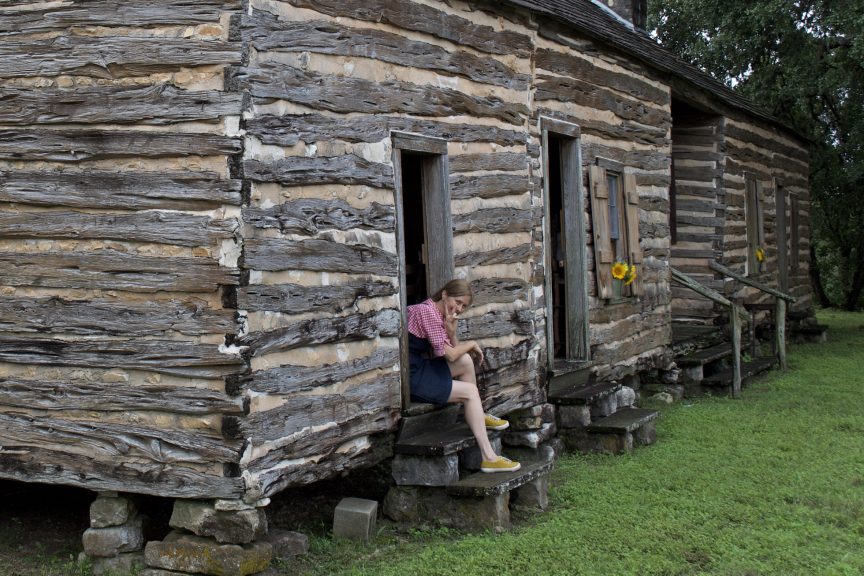 I can’t tell you how many times people have asked me why I decide to write a book about Mountain Cedars. Also called Ashe Junipers, I first learned about these Texas natives as a child while attending summer camp in the heart of the Texas Hill Country. It was there that my memories became imbued with the aroma of cedar from horseback rides through Mountain Cedars and Madrones, crackling bonfires, and fence posts, barns, rustic cabins, benches, dining halls, and bunk beds all crafted from Mountain Cedars. But that’s not why I wrote the book. 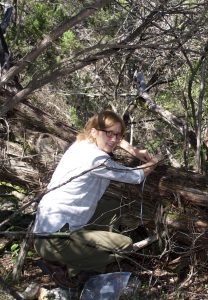 Elizabeth McGreevy taking notes inside an old-growth cedar brake on a hillside near Canyon Lake.

Fast forward to 1995. I had just moved to Austin and was working on a parking lot layout at a landscape architecture company. Since a visual screen was required along the street, I thought it would be prudent to retain a cluster of bushy Mountain Cedars. When a co-worker came over to check on my progress, he balked that I had left the bushes. He then told me they weren’t native and hauled out the Austin Environmental Code I was flabbergasted. Sensing my disbelief, my coworker walked to a shelf full of binders. He selected one volume, returned, and placed it before me. The binder contained the City of Austin Environmental Criteria Manual. Under Appendix F, there in black and white, the box for native species was not checked for junipers. Convinced the information was correct, I joined the anti-cedar bandwagon.

About half a year later I started volunteering as a trail guide at the Wild Basin Wilderness Preserve in west Austin. During the group training, I asked, “Why are we keeping the cedars since they aren’t native?” The trainer stopped, turned, and stated that Mountain Cedars are native. He also informed me that in their old-growth state they provide ideal habitat for the endangered Golden-cheeked Warblers. 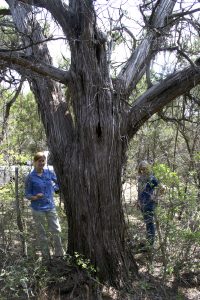 Elizabeth McGreevy at the Shield Ranch beside a Mountain Cedar with a 31" diameter.

Now I was confused. Were they native or not?

Being the native plant evangelist that I am I had to know the truth. The Wild Basin trainer told me to contact Brother Daniel Lynch, a St. Edwards University biology professor and member of the Xaverian Brothers of the Catholic Church. Lynch had been studying the trees for years. I called Lynch and introduced myself. When I asked if Mountain Cedars were native, Lynch replied, “Of course they are.” Lynch then directed me to numerous historical reports that mentioned the abundance of Mountain Cedars in the Hill Country more than 150 years ago.

Armed with information, I contacted the City to determine why they had indicated that junipers were not native. After a week of persistence, I managed to track down the person that had made the designation. When I asked him if Mountain Cedars were native, he maintained they were not. I then showered him with historical quotes that proved junipers were here when the Spanish first arrived in the 1700s. Finally, he caved and admitted that he knew they were native. He explained the decision had been made since there were so many junipers already. They didn’t want people planting more. When I pointed out that suggesting they were not native, it added further justification to cut them down. He admitted he hadn’t thought about that, and a few years later the native column for junipers was finally checked. The problem was, by then, the original tree list had been copied and dispersed to every city, town, and hamlet throughout the central Texas region. I even once saw the same list when I was working on a project down in Brownsville! 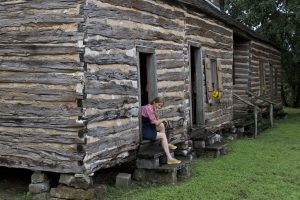 Before long I found myself questioning every negative thing I heard about Mountain Cedars. I soon learned that historically they grew as trees with well-defined trunks, not the multiple bushes we see today. I also learned that when livestock is removed, grasses have no trouble growing between the trees. I even learned that the high canopy interception number most often mentioned had been calculated incorrectly. After more conservations with Brother Lynch, he eventually told me I needed to write a book about these trees—to work through all the tall tales and get the stories straight. And so I began my research. About half of my research involved digging into library archives; the other half, driving around the Hill Country, taking note of changing landforms and vegetation patterns as well as talking with landowners, ecologists, range scientists, fire experts, hydrologists, and geologists. Slowly but surely my perception was finetuned to catch visual clues that helped me understand the situations going on and beneath each site. In the end, I realized that when Mountain Cedars spread as pioneering thickets, we should be seeing them as a symptom of degraded soils, not the cause.

More than 20 years later, I finished my book, Wanted! Mountain Cedars. So, I began looking for book endorsements. I chose to focus mostly on Hill Country people that promoted out-of-the-box solutions to land management. One such person was Frank Davis. As the Chief Conservation Officer with Hill Country Conservancy, Davis works to protect both our natural resources and our Hill Country economy. And since he had already expressed interest, I knew his endorsement would help spread the word the time had come to rethink how we view and manage Mountain Cedars. 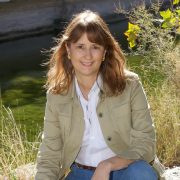 Elizabeth McGreevy is a natural resources consultant, writer, and public speaker. A sixth-generation Texan, McGreevy has produced ecology-based development and management plans in the Texas Hill Country for more than twenty years. Her research on the Mountain Cedar (Ashe Juniper) has been featured in magazines, television, and talk radio, including a radio show she hosted on KDRP Radio in Dripping Springs as “The Cedar Lady.” McGreevy obtained a master’s degree from Texas A&M University in landscape architecture, focusing on environmental planning, landscape ecology, and cultural geography. She also holds an undergraduate degree in biology from Randolph College in Virginia and is a certified permaculture planner. 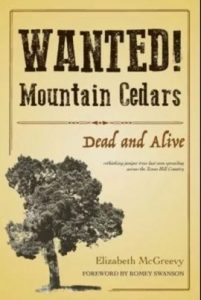 Wanted! Mountain Cedars, Dead and Alive tells the story of Mountain Cedar trees that grow in the Texas Hill Country. Over the last 100 years, these trees have been characterized as non-native, water-hogging, grass-killing, toxic, useless species to justify their removal. The result has been a glut of Mountain Cedar tall tales and anti-cedar sentiments. Inside this ambitious, well-researched book, natural resources consultant and ecologist Elizabeth McGreevy presents another perspective of these trees, also known as Ashe Junipers or Blueberry Junipers. While digging into Texas Hill Country politics, history, economics, culture, and ecology, McGreevy tracks down the origins of each tall tale to determine what is true, what is false, and what lies somewhere in between. She also explains why people respected Mountain Cedars before the 1900s, and what events led to the trees' downfall and the landscape we see today. Through a series of arguments, this book serves to replace anti-cedar sentiments with a more constructive, less emotional approach to Hill Country land management and a perspective that not all Mountain Cedars are bad.