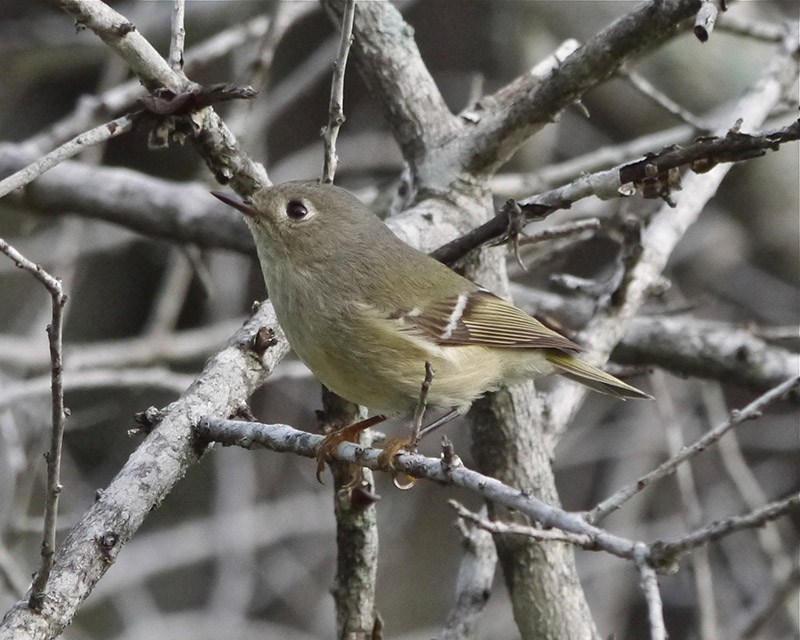 Sometimes people ask me, “When is a good time of year to watch birds around here?” Based on over twenty years of experience birding in central Texas, I tell them, “Never let the time of year stop you from watching birds.” Birds are our most accessible form of wildlife to observe and enjoy and, especially here in central Texas, every season offers different species to find and different behaviors to observe. 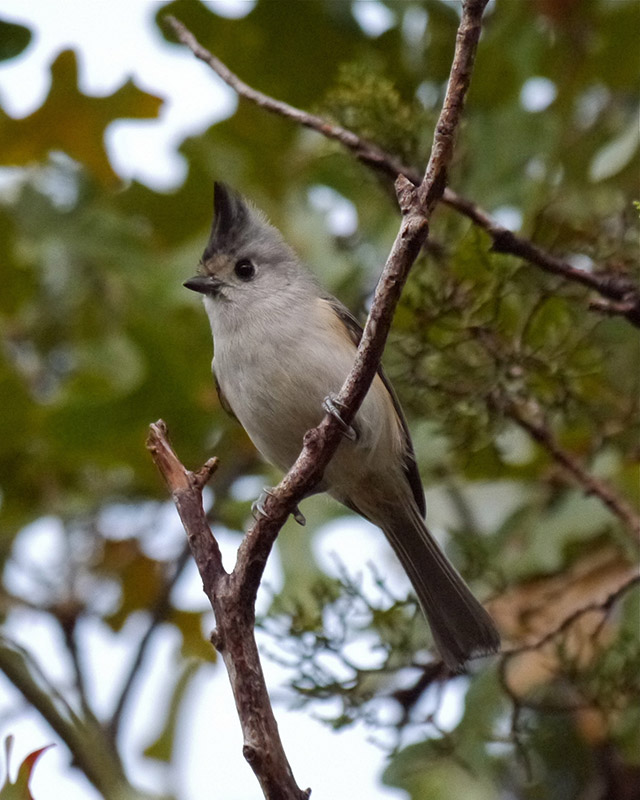 In the winter one of my favorite bird phenomena is the mixed-species foraging flock. Year-round resident songbirds like Carolina Chickadees, Northern Cardinals, and Black-crested Titmice are joined from the north by winter residents like Ruby-crowned Kinglets, Yellow-rumped Warblers, Orange-crowned Warblers, and Blue-headed Vireos. All of these birds are done breeding for the summer, and the winter residents have completed their fall migration south. So now during the winter, they have one simple priority: survive until spring.

These little songbirds help each other survive by coming together. Instead of being split up on separate summer nesting territories, this time of year they form mixed-species foraging flocks. These flocks rove around the woods in the tree canopy while each species forages for insects on the trees in a slightly different way. And each bird is constantly looking and listening for danger from predators. They warn each other of danger by sound.

Birds don’t sing as often in the winter, but they still make lots of little sounds. These sounds are known as calls rather than songs, and they can be broadly split into contact calls and alarm calls. Contact calls are soft subtle chips, buzzes, or high quiet whistles that let individual birds know they are still close to the flock and that everything is all right. Alarm calls are louder and more urgent sounds that are made when a predator is detected. They range from the least urgent low pitched scolding and warning squawks to the most urgent high pitched fast and loud rattles and shrieks. The sudden silencing of contact calls can also be an alarm. And these calls and alarms are recognized across species. 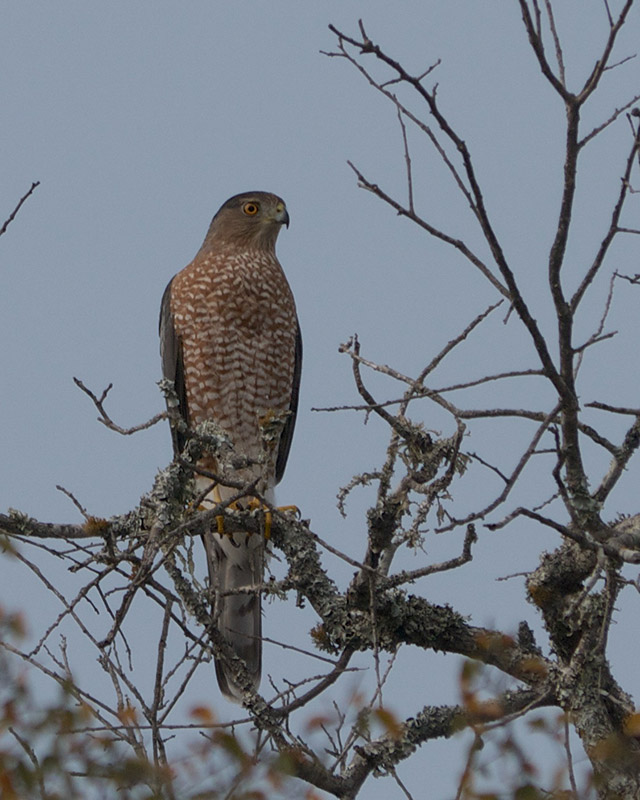 What predators are these little birds worried about? Aren’t they safe up there in the treetops? The bird species that spend more time higher in the canopy are safer than the species that spend more time nearer the ground, since they are in less danger from animals like cats, foxes, and coyotes. But all of these songbirds have to worry about ariel predators too. Cooper’s Hawks live in central Texas all year long, and they specialize in hunting other birds up in the tree canopy. In the winter, Cooper’s Hawks are joined by the very similar but smaller Sharp-shinned Hawks and by three kinds of falcons: American Kestrel, Merlin, and Peregrine Falcon. The falcons also specialize in hunting other birds, out in the open sky. So especially in the winter, songbirds have to watch for danger from above and below.

The woods in the winter can be very quiet and still until you cross paths with a mixed-species foraging flock. You might first detect the flock by hearing its soft contact call notes nearby. Or you might see that the tree canopy that was previously still is now full of movement. It’s a dramatic change to experience when the trees are suddenly alive with half a dozen species of songbirds. With time you can start to recognize the contact calls and alarm calls. And if you’re lucky you might get see how the flock reacts to a nearby Cooper’s Hawk or other predator.

Join us on our monthly group walks on the Nalle Bunny Run Wildlife Preserve to try and find a mixed-species foraging flock. Or look for one yourself on the Violet Crown Trail, in a nearby park, or in the trees in your neighborhood. It’s just one of many ways that observing birds can connect you with the natural world. 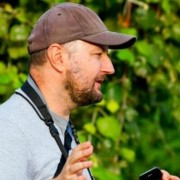 Mikael Behrens is the man behind the Birding on Broadmeade blog. He has been an avid birder in the Austin, Texas area since the early 90s. Since then he's been actively volunteering for bird conservation and education activities in the Austin area, including Golden-cheeked Warbler surveys for The Nature Conservancy, leading field trips for the Travis Audubon Society, monthly bird surveys at Hornsby bend, many Christmas Bird Counts, and internet-based citizen science projects like eBird and iNaturalist. Mikael began leading a monthly bird walk on HCC’s Nalle Bunny Run Wildlife Preserve in April of 2011, providing insight into this ecological treasure for countless birders.